A Short but sweet beach. Here lies the Samadhi of Goa’s first Chief minister Late Dayananda Bandodkar.It is on the way to Dona Paula and just 3 km Away from Panjim – Capital city of Goa.
This Goa beach is popularly known as “Gasper Dias”.

From its high point can been seen River Zuari meeting to Arabian Sea. A secluded bay situated on the Arabian Sea, the Dona Paula Beach is one of the most sought after beaches in Goa.Water sport facilities are the key attraction of this place. once a silent village today is one of the most commercialized areas of Goa. Named after the daughter of one of the viceroy’s of India Dona Paula de Menzes, who jumped off the cliff because she was not permitted to marry a local fisherman, this beach is haunted by mysticism and divine beauty

Where lies the remains of St. Francis Xaviers body. The Basilica of Bom Jesus is a World Heritage Monument as well as one of the finest baroque churches of Goa. The name of Jesus is symbolically represented by the letters ‘IHS’ and is found embellished throughout the Basilica

One of the most ancient and celebrated religious buildings of Goa, this magnificent 16th century monument to the Roman Catholic rule in Goa under the Portuguese is the largest church in Asia. The largest of its kind in the East.

Dedicate to Lord Shiva, being build in the 17th Century.

One of the richest temples dedicated to Shantadurga the goddess of peace, also famous for golden palanquin.

While you watch the lively culture of Goa in songs and dance.
Note: Drop after River cruise only. 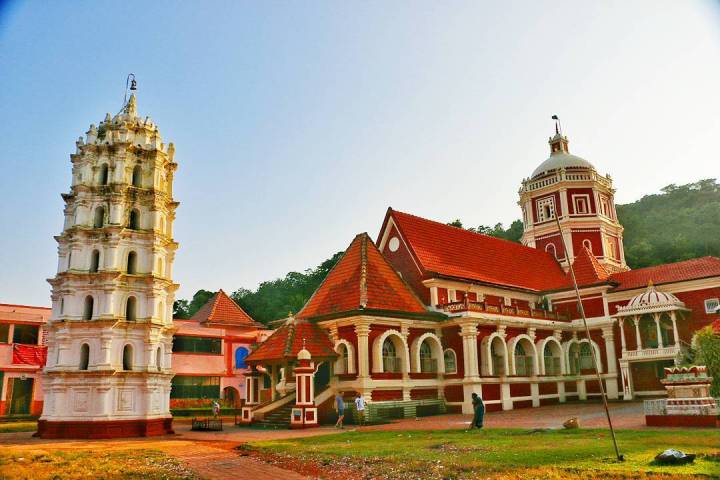 I want to south Goa 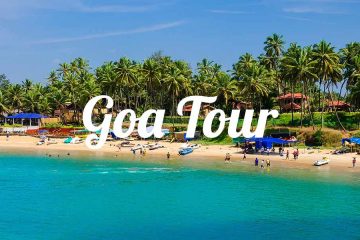 The combo tour of Dudhsagar Waterfall & 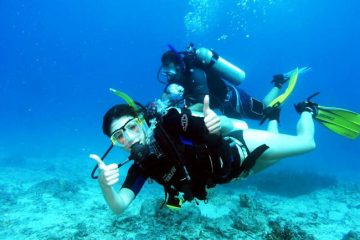 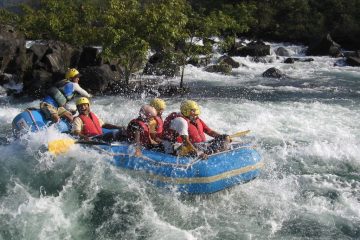 book online to save