Kerala with 1.18% of total area of the country has 3.34% of the country’s population is at the south west corner of Indian peninsula. It occupies a long 550km narrow strip of land with Arabian Sea coastline in the west, Tamilnadu in the south and east and Karnataka in the north. It has 1900km of palm fringed backwaters and is networked by 44 rivers. The state came into being on 1st November 1956 and has the distinction of being the highest literate state of India.


Colorful Kerala is an enchanting kaleidoscope full of breathtaking surprises .The equable climate, serene beaches, tranquil stretches of backwaters, lush hill stations and exotic wildlife, waterfalls, sprawling plantations and paddy fields made it as one of the sought after tourist destinations in Asia. To a tourist, Kerala offers one of the best beaches in the country at Kovalam and one of the finest wildlife sanctuaries at Thekkady. Though this land is busy raising valuable cash crops like tea, rubber, cardamom, coffee and cashew nut, but, it still lives at the leisurely pace of ageless craft plying in canals and backwaters. These salient features made this small land as one of the “ten paradises of the world” by the National Geographic traveler.

Apart from exotic scenery, Kerala unfolds cultural canvas, fascinating in its variety. The people of Kerala are friendly and the hospitality they shower on you during your visit to Kerala is one of the highlights of the state. Kerala is also famous for its secular character, where Hindus, Christians and Muslims live with complete harmony. Its unique culture and traditions, coupled with its varied demography has made it one of the most popular tourist destinations in India. Kerala is nominated as one among the three finalists at the World Travel and Tourism council’s ‘Tourism for Tomorrow’ awards in the destination category. A visit to this tiny fertile friendly land will reveal a kaleidoscope of deep rooted cultures, traditions and delightful sensations.

We at Goa Tours planner offers different Kerala packages at best lowest possible price as we have tied up with one of the biggest Tour operator in Kerala Kerala Paradise Holidays Cochin. We are the best tour operator in Goa for tour to kerala from Goa.

Iternary: Travel to Kerala by Train/Flight

For More details and best pricing contact us now at

There are no reviews yet.

Dudhsagar Waterfall is one of the best 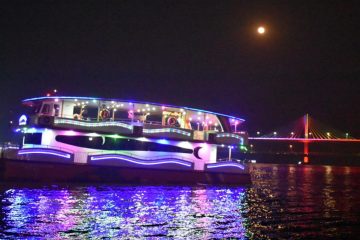 The combo tour of Dudhsagar Waterfall &
₹6,999.00
One tour per person
WhatsApp us